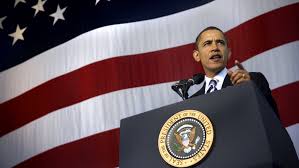 ‘Obama has shown great courage to stand with us.’ This is just one of the statements that the grateful Hispanics have expressed about the amnesty that the President granted them a few days ago.

Last Thursday, President Barack Obama executed an action to protect the undocumented Latino immigrants from deportation. This shielded around 4 to 5 million ‘illegal aliens’ and gained support from the vast majority of Hispanics and non-Hispanic voters under the age of 35. This is according to the latest national polls. The tremendous support that the President gained from these two growing groups may have a big impact on the voter turnout and party affiliation that will happen in the year 2016.

According to the national poll conducted by the Latino Decisions and which was also appointed by two pro-immigration reform organizations (Presente.org and Mi Familia Vota), around 90 percent of Hispanic voters stated that they strongly support the action done by the President. Moreover, the said action also garnered the same reaction from around 72 percent of voters that are under the age of 35 – as reported by Hart Research Associates.

The poll by Hart Research also showed that both men and women from areas that supported Obama and Mitt Romney two years ago have expressed the same favorable reaction to the executive action. All in all, they comprised 67 percent of the registered voters in the country. The act implemented by Obama did not only protect the undocumented Latinos, it also called for the provision of temporary work permits to eligible immigrants. This should help open better job opportunities for the Hispanic community.

Dismayed Complaints about the Act

Despite the vast support from the majority, there are also those that expressed their disappointments about the said executive act. They said that it didn’t cover enough undocumented immigrants in so far to shield all of them from deportation. The executive action only covers Latinos who have not committed a crime, lived in the country for at least 5 years and/or parents of a legal resident or a U.S. citizen child. Obama’s action last Thursday does not allow them to be citizens of the country but it enables them to get a legal work permit.

The Hispanic community living in the U.S. has reached 54 million as of July 2013. The percentage increase is around 2.1% since 2012. As of today, California has the largest growth in Latin population with Texas coming in second place. In fact, the number of Hispanics living in this state has increased by 213,000 from 2012 to 2013.