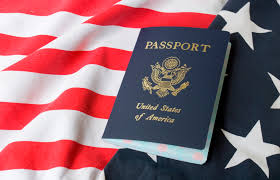 Immigration has always been one of the biggest issues in the United States. It is a source of economic vitality and demographic dynamism as immigrants from all corners of the world are also taxpayers, job seekers and consumers. However, the immigration system in the country is in need of improvement. The U.S. border is now more secure than ever but failure to address systematic issues like citizenship for undocumented immigrants still remains a problem.

Here are some of the latest and most important facts about immigration in the country.

Foreign-born population. As of 2012, there are 40.7 billion foreign-born immigrants living in the country. Only 18.6 million are naturalized U.S. citizens and 22.1 million non-citizens. In the past decade, there was a tremendous increase in the population of foreign-born individuals living in the country. In fact, the number has more than doubled since 1960 and the immigrants are more diverse too. Also, there are more foreign-born women as compared to men and they are slightly older than the native-born community.

The undocumented immigrant population in the U.S. is stable today even after undergoing a dramatic decline during the recession period. In the year 2000, the number of undocumented immigrants in the country was estimated to 8.4 million that reached up to 12 million in 2007 but later on decreased during the Great Recession period. Mexicans are a large part of the undocumented population in the country. The top 6 states that serve as home for these individuals include California, Texas, Florida, New York, Illinois and New Jersey. Majority of these immigrants have been living in the country for a long time already and most of them are eligible for green card sponsorship but could not change their status because they are still undocumented.

Latinos and Asian Americans form a big part of the U.S. population. The Hispanic community is the fastest growing ethnic group in the country. They comprise 16.9 percent of the U.S. population while Asian Americans make up 5.1 percent. The Hispanic population grew by an estimate of 43 percent in a period of 10 years. As compared to the population growth among whites, this is a tremendous increase. Moreover, immigrants and their children are quickly becoming a big part of the Latino electorate. In fact, they made up 55 percent of eligible voters in the year 2012.