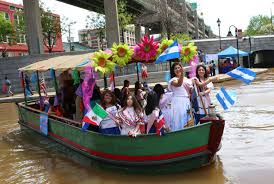 When you talk about heritage, you are referring to the customs and traditions that are passed down from one generation to another of different families and society.

An individual who has a Latino heritage comes from a family in Mexico, Central America or South America. Spanish speaking people are called Hispanics and through the years, they have become the United States’ largest minority group.

Here are some of their traditions:

Even the Hispanic food has varying characteristics but one of its main distinction is that almost everything tastes spicy. Latin people are a big fan of spices and here are some of their famous dishes:

Latin people are very fond of various forms of arts. They like vivid and lively colors and they incorporate these in their clothing, food and even artwork.