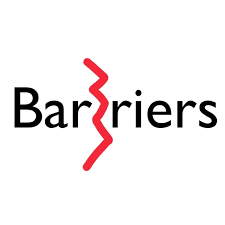 It’s unfortunate that the Hispanic community living in the United States continues to suffer from poor education. According to the ACE Minority Status Report, the young generation of Latinos does not have better education even compared to their parents and grandparents. Although some have obtained higher education, the percentage still does not stand up to their increasing population.

There are about 47 million Hispanics who are residing in the country today. Their population is composed of foreign-born and U.S. born individuals. The Latinos form the country’s largest immigrant group. Majority of these immigrants are adults wherein 58 percent are aged 25 to 64 foreign-born Hispanic individuals.

The following are identified educational barriers for the Hispanic community.

Majority of the Hispanic immigrants living in the U.S. moved to the country at age 9 or even older. Latino individuals who attend school in the country perform comparably with the whites. However, there is a high percentage of young immigrants especially Mexican in origin who are likely to drop out of school.

Problems in Schooling in their Country of Origin

Hispanics who migrated to the U.S. and have schooling problems in their native country do not enroll in American schools at all. It’s either that or they drop out of school later. About 46 percent of young adults who are aged 18 to 24 and do not have a high school degree, do not attend schooling in the country after arriving. A great contributing factor behind this is the history of their schooling before they moved to the U.S.

Upon moving to the U.S., Spanish-speaking immigrants still use their foreign language at home. According to a survey, only 4 percent of their population use English as their primary communication at home.

Since the Hispanic community has a high labor participation rate in low-wage and low-skill jobs, it becomes more difficult for them to pay for and pursue further education. They are also often deprived of employment opportunities due to racism and discrimination.

There are numerous unauthorized Hispanic immigrants living in the country. Their situation puts them at a greater disadvantage considering all the aforementioned barriers. They even have lower education achievement and thus, they enjoy lesser job opportunities. In the year 2008, around 12 million Hispanic immigrants are said to have no legal status.